A Cocktail, Moses and Winged Sandals

series of engravings, embroideries and embossing made in collaboration with Dina Danish, for a traveling exhibition in Italy and the Netherlands, 2019-2021. 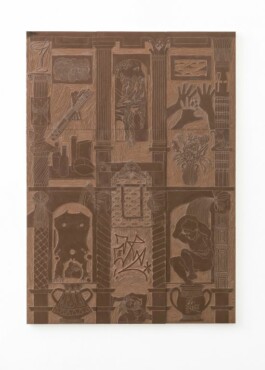 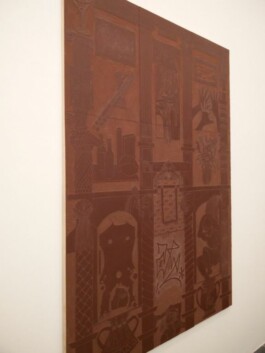 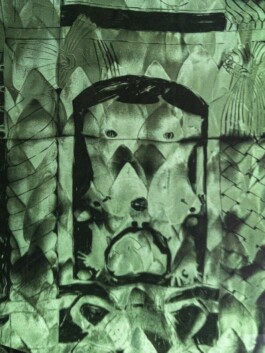 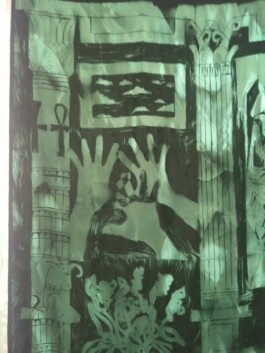 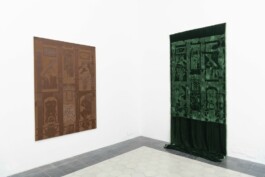 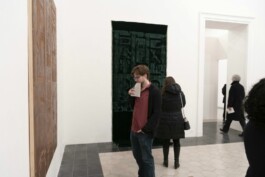 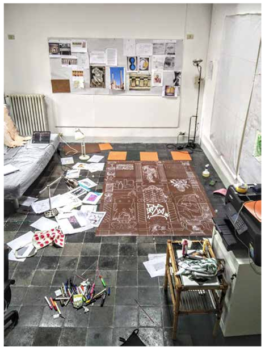 series of engravings, embroideries and embossing made in collaboration with Dina Danish, for a traveling exhibition in Italy and the Netherlands, 2019-2021. 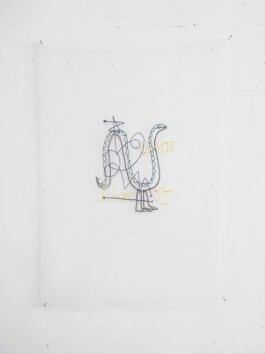 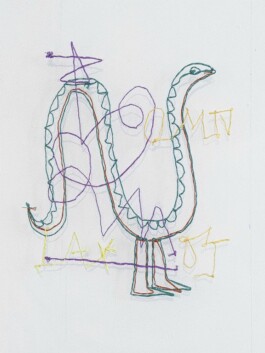 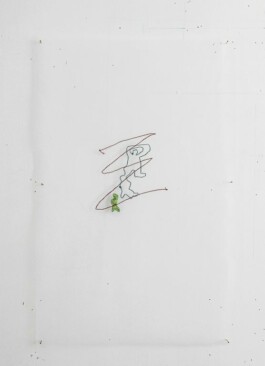 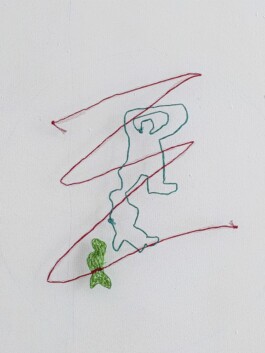 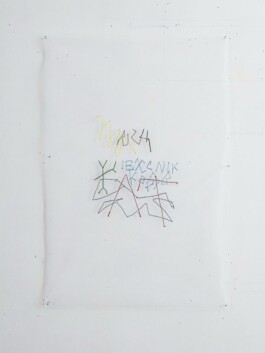 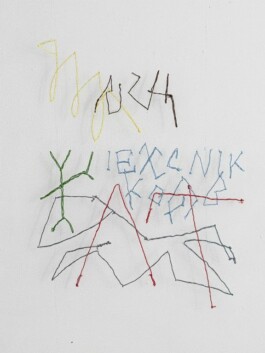 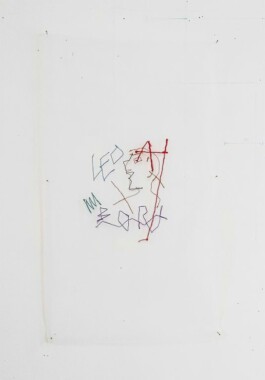 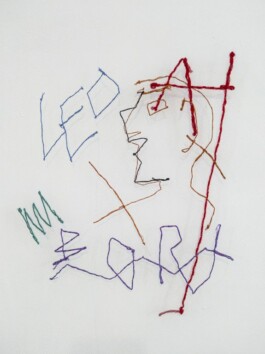 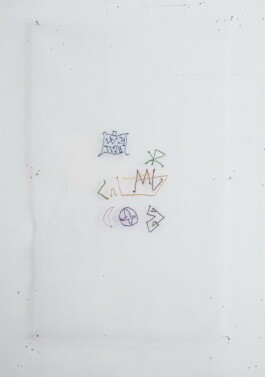 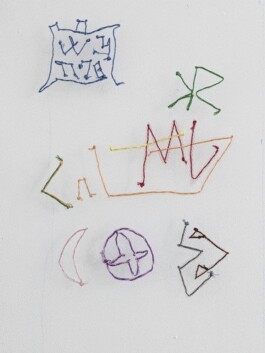 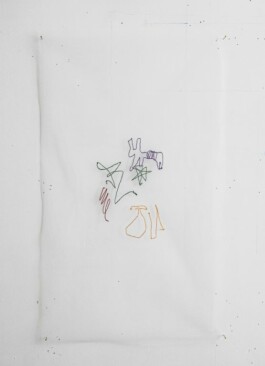 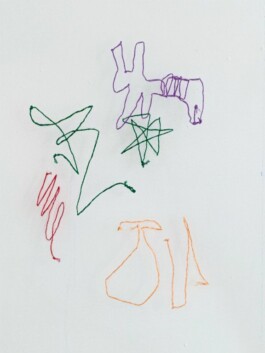 Intrigued by Rome’s casual layering of time, Dina Danish and Jean-Baptiste Maitre imagined a facade – based on Michelangelo’s Moses – that would both represent this phenomenon and be a record of their stay at the American Academy. The figures that fill this facade are a reaction sometimes to historical architecture and sometimes to encounters with the contemporary. For instance, the mismatched columns on the incised linoleum sheet recall walks taken with AAR Mellon Professor Lynne Lancaster and the many repurposed architectural elements seen along the way. A field of evil eyes echoes a printed tote bag purchased at a Roman branch of the Danish chain store Flying Tiger; this tote, in turn, took from a recent Kenzo pattern, which itself derived from ancient symbolism.

Formal and temporal convergences abound in Dina and Maitre’s architectural invention. Inspired by the coiffure of the Greek Dionysus, as seen in a Roman copy at the Palazzo Massimo, busts with the famed 1990s “topsy tail” hairdo make up the capitals of several mismatched columns. Vases with Arabic and Greek-inspired gibberish recall encounters with similarly inscribed Etruscan vessels during a visit to the Villa Giulia with Professor Tom Carpenter, as well as with the effusive graffiti commonly seen along the streets of Rome. A foot wearing a winged sandal (from a fascist monument in EUR, now housing Fendi headquarters), a still-life by Giorgio Morandi, animated clouds inspired by The Simpsons, the long beard of Moses by Michelangelo … Danish and Maitre create a matrix of colliding imagery that is appropriately redoubled, from the taut surface of carved linoleum to the malleable pile of crushed velvet.

This work was made for:

Convergence is the theme of the 2020 edition of Cinque Mostre, the annual collective exhibition at the American Academy in Rome featuring work by current Rome Prize Fellows, Italian and Affiliated Fellows, and invited artists. In honor of the Academy’s 125th anniversary and its year-long celebration of cultural and intellectual encounters in Rome, Convergence is a cross-disciplinary exploration of the visual and performing arts installed throughout the Academy building.