This project takes the form of a video, 5 photographic prints, and an artist book. It was made in 2010-2011 at the Rijksakademie in Amsterdam. The artist book was published by the Jan van Eyck academie, Maastricht 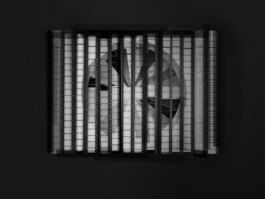 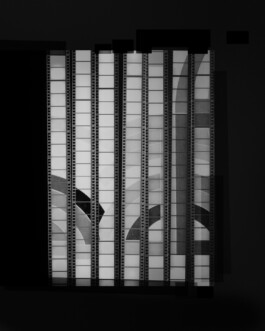 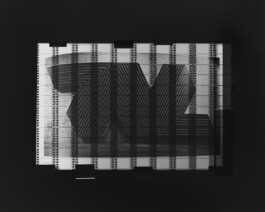 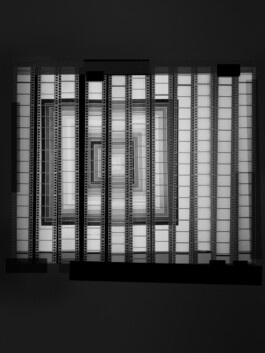 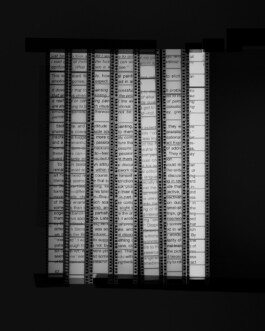 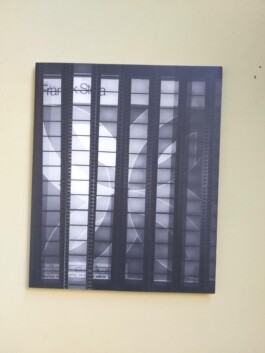 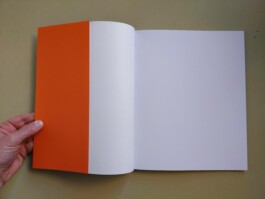 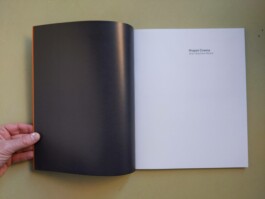 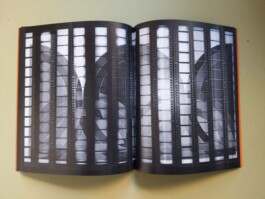 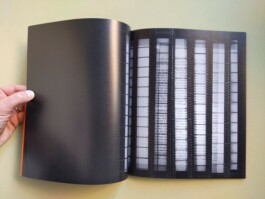 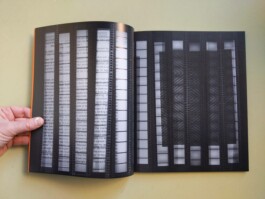 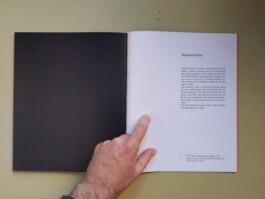 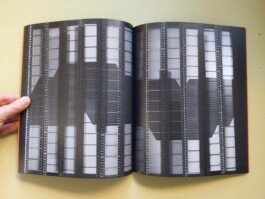 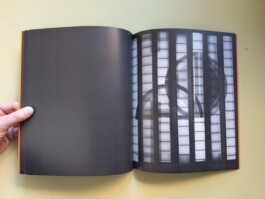 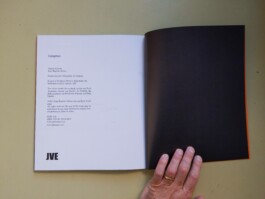 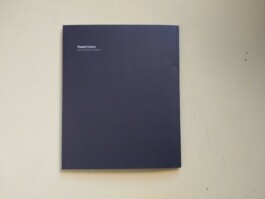 Video Review, in french, at the occasion of the presentation of the video SHAPED CINEMA in the exhibition BOOK MACHINE at the Centre Pompidou in Paris.

Inspired by the art-historical term shaped canvas, Jean-Baptiste Maitre created a series of works of art (an artist book, photos and a video) in 2010, under the title Shaped Cinema.

The basic concept that a canvas or panel is rectangular, square or, in rare instances, round, was denied and contested by a group of painters who would become known as the shaped canvas artists. From the 1930s onwards, artists experimented with forms that deviated from these traditional basic forms as an expression of artistic freedom, of non-conformism, or, for example, to give the painted composition more three-dimensionality by adjusting the contours of the canvas. The shaped canvas took off in the 1960s with artists such as Richard Tuttle, Elsworth Kelly and Frank Stella. They wanted to be free of “behind-the-frame-illusionism”. In other words, they aimed to get rid of the mysticism that is supposedly contained in the rectangular paintings by Rothko, Pollock and other so-called Abstract Expressionists. They contested the idea that spiritual and intellectual paintings required set frameworks. The new generation of artists was looking for their own form of freedom, or in their own words, a new representation of truth. It brought about works that border on pictorial and sculptural art.

Maitre’s starting point for his film Shaped Cinema is a 1970s catalogue from the New York Museum of Modern Art. From the catalogue, he scans and copies paintings by Frank Stella as well as write-ups about them. He then cuts them digitally and edits them as you would with 35mm film rolls, including the perforations, next to each other. We now see the Stella catalogue reappear in photos, but fragmented and larger. Here, the Frenchman Maitre works as a Deconstructivist, a term coined by Maitre’s fellow countryman and philosopher Jacques Derrida. The paintings of the most progressive geometric shaped canvas artist of his time, Frank Stella, are “deconstructed” into strips and then rebuilt into a new work of art.

For the film Shaped Cinema, Maitre continues down this path: he digitally assembles the contact prints of the aforementioned photos into film. The urge for innovation and originality of the shaped canvas artists resonates with Maitre and, like his predecessors, he puts it into practice. But where shaped canvas artists add a visible third dimension, and thus sculpturally, to a traditionally flat and rectangular painting, he adds the factor of time by turning it into a moving image. Oddly enough, the film evokes an overall feeling of the 1960s and 1970s, partly due to the fragmentary, flickering effects. It is a digital film, made with the PC, but with an unmistakably nostalgic, analogue appearance.

It is a period that resonates with Maitre, which is also evident in another piece by him in the Allen & Overy collection: the ceramic work titled Not Necessarily Words, in which he again refers to the (neon) artists of the 1960s and 1970s. Here, too, he strips neon of all its original properties and builds up to something new that clearly refers to, but isn’t, neon. His deconstructivist approach gains Maitre new insights and new art.

A young French artist based in Amsterdam, Jean-Baptiste Maitre is engaged in a project that might be described as the deconstruction of the modernist text. Not Necessarily Words, 2010, the work that gives his solo show its title, appeared, at first glance, to be a piece of writing in yellow neon, inexplicably turned off; then one realized that it was a skillfully molded ceramic bas-relief. The artist told me that his intention is to compare the manual nature of a traditional artistic process with the industrial techniques that were introduced into art by avant-garde practices in the 1970s.

Another work, Plywood as Media, 2008, is composed of several planks resting against the wall—or at least so it seems. Here too, however, there is a mimetic play with materials, in this case slabs of plaster on which the artist has silk-screened an image that suggests the texture of plywood. What you see, in these works, is never what you get; Maitre overturns the very presuppositions on which his art appears to be based, and he inserts himself, as it were, into a genealogy—albeit one that he simultaneously critiques.

Maitre’s interest in art of the past pushes him to outright citation, and yet he avails himself of it obliquely, in order to reveal that the object of his interest, more than works, artists, or movements, is instead the ways in which artistic production is contextualized by the media that present, comment on, and disseminate it. His subject, that is to say, is less the ontological status of the work of art than the ideological system that creates and legitimizes it. Maitre does this, as noted above, with deconstructive intentions. One telling example is the film Shaped Cinema, 2010, whose subject is a Frank Stella catalogue published in 1970 by the Museum of Modern Art in New York. In a consciously old-fashioned installation, the film is shown on the wall, using a small movie projector. One needed a bit of time to grasp something familiar in the visual bombardment of shapes, colors, and words—to see typical details of Stella’s works, and to understand that these were pages from an art catalogue, the text of which was rendered illegible by the fragmentation and velocity of the film’s editing.

Working from these same images, Maitre made a series of contact prints, “Shaped Cinema,” 2010. In their deliberately unassuming black-and-white format, these pictures annihilate the chromatic richness that is fundamental to Stella’s poetics. Perhaps there is nothing more emblematic than a MoMA retrospective catalogue for concisely expressing the rationalizing, organizing, systematizing, and, if you like, normalizing function of official art history. Maitre has introduced emotional and creative disorder into the catalogue’s rational and—perhaps more to the point—institutional order, working on the effects of a historical memory full of spaces and gaps, as ours is ever more dramatically becoming.

Translated from Italian by Marguerite Shore.

“Glaser: Are you implying that you are trying to destroy painting? Stella: It’s just that you can’t go back. It’s not a question of destroying anything. If something’s used up, something’s done, something’s over with, what’s the point of getting involved with it?” 1 .