Cut Through the Living-room of the Exterminating Angel 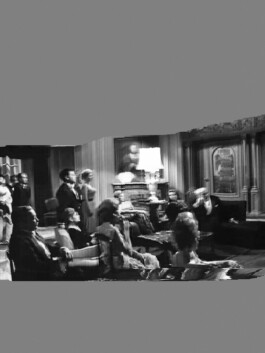 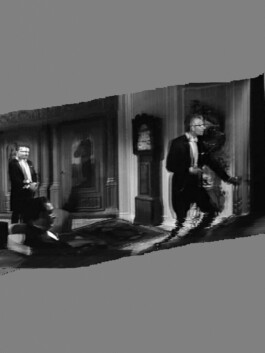 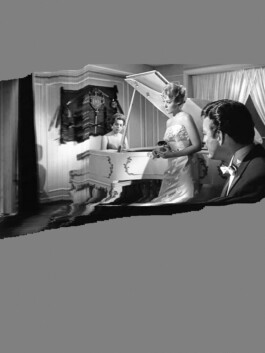 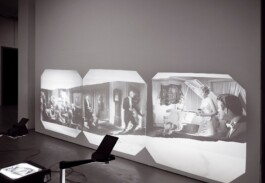 Cut Through the Living-Room of the Exterminating Angel was made by exporting and mounting together all 24 images per second of one scene from El ángel exterminador, a 1962 Mexican surrealist film written and directed by Luis Buñuel.

The scene shows a slow continuous traveling shot in which a character plays music, which triggers the fate of all the characters of the movie: they will be locked in the living-room they are currently sitting. The process used to make this image is the reconstruction into one panoramic image of the cinematic travelling made by Bunuel's film camera, allowing the viewer to see the space of the living room in its entirety.